Your requests are an integral part of The Sounds of Broadway. Requests are inserted into all open programs. In addition, every night from 8pm – 10pm EST is an all-request programming block. Searching our extensive listing of thousands of show music songs is easy:

Your selection is now added to the Request Queue. You can make up to two requests per hour.

If you enjoy listening to our 24/7 streaming music or our “On Broadway” podcasts, please consider making a small donation. Your financial support helps us cover our costs – and it makes us feel greatly appreciated.

Curtain Up
Curtain up is a complete cast recording played from Overture to Finale. Each week’s featured broadcast premieres on Fridays at 8pm with re-broadcasts the following Monday at 4am and Wednesday at 11am. Check out our home page for this week’s spotlight.
» Premiere: 8pm (Friday)
» Re-broadcast: 2am (Monday)
» Re-broadcast: 11am (Wednesday)

Lost in Boston
In 1994 the Varese Sarabande label put out a series of recordings titled “Lost in Boston,” which, in this case, referred to songs cut from Broadway shows in their out-of-town tryouts. There was a lot of great material, which we present here.
» 11pm – 12 midnight (Thursday)

Best of Forbidden Broadway
Forbidden Broadway was a cabaret styled show that spoofed everything and anything Broadway–from musicals themselves, to performers, and trends. The original production opened in January 1982, written and directed by Gerard Alessandrini. Over the years there have been many iterations and Sounds of Broadway has them all.
» 11pm – 12 midnight (Monday and Saturday)

Best of MGM Movie Musicals
The MGM movie musicals have been the gold standard for movie musicals. We have them all on Sounds of Broadway.
» 11pm – 12 midnight (Sunday)

Title Songs
Throughout musical theater history, some of the most memorable show tunes have been a musical’s title song. We’ve gathered a number of them here for your enjoyment.
» 11pm – 12 midnight (Tuesday and Friday)

Overtures
Sadly, an overture is heard less and less on the musical stage, but not here on Sounds of Broadway. We have the best openings, so sit back and enjoy these classic musical theater overtures.
» 11pm – 12 midnight (Wednesday) 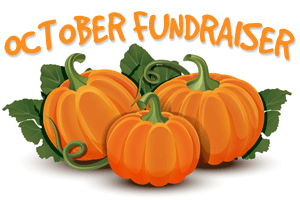 OCTOBER FUNDRAISER: Your generosity helps us keep the lights on and the music playing. Please consider making a one-time or recurring donation. Find out about our gift packages including ‘Select a CD’, ‘Create a Playlist’, and ‘Be a DJ’!